Hemp-based CBD was fast marching towards total dominance over all facets of modern life. It was offered in body creams and ice creams, in soft drinks and alcoholic beverages, in human food and pet treats. Against its untamable march, the CBD narrative was one of looming disruption. Most notably, the threat posed by the nascent space to the pharmaceutical industry.

Indeed, the Visual Capitalist writing about the benefits of CBD for a variety of ailments advises the industry to “brace for impact”. Against this narrative, one would not have been remiss in taking a long position in the common shares of Charlotte’s Web (OTCQX:CWBHF).

The outcome of any such action would ultimately have been negative with CW’s shares down more than 83% from its 52-week high. Research reveals a plethora of competitors, with some brands pushing questionable health claims while cutting prices in a desperate attempt to gain market share. 2019 was a year where everyone and their mother started a CBD brand. The outcome of this competition has been a fall in sales for the larger publicly listed CBD companies. For example, CW’s competitor CV Sciences (OTCQB:CVSI) has seen its revenue decline for two consecutive quarters to $9.3 million, a near 45% fall from its June 2019 quarter.

It was not meant to turn out this way. The 2018 Farm Bill which legalized hemp cultivation and declassified hemp as a Schedule I controlled substance was meant to open up the industry to the mainstream American consumer, ushering in a new dominant CBD era. But the FDA has continued to regulate CBD products. This has meant that any CBD product marketed with a claim of therapeutic benefits must be approved by the federal agency before it can be sold. Continued consumer uncertainty over the medical benefits of CBD has been the direct consequence of this action.

CW’s products now exist in the netherworld, able to be sold at retailers such a Krogers but explicitly prevented from proclaiming health benefits. The absence of scientific evidence on the health benefits of CBD has likely led to dampened sales and a wider distrust of the industry. The later as new sketchy CBD entrants have in the Wild West of the internet hyped up their product as a cure-all, reminiscent of nefarious 19th-century US entrepreneurs who branded mineral oil as a cure for a number of ailments. 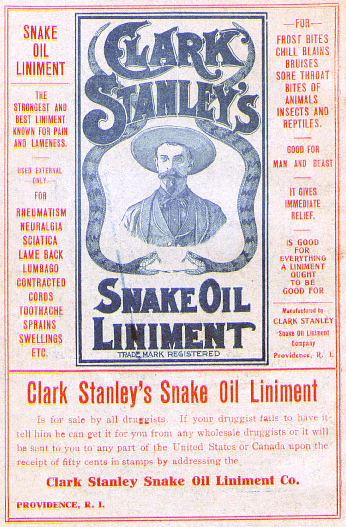 On The Collapse Of Charlotte’s Web

Like CV Sciences, Charlotte’s Web has seen its relevant financial metrics deteriorate on the back of increased competition in the space. Revenue for the fourth quarter of 2019 fell to $22.8 million, a near 9% decline. CW’s management added further detail during their Q4 2019 earnings call, noting that the letter issued by the FDA in November led to a pullback in sales across its business-to-business and direct-to-consumer sales channel.

To contextualize this fall, the worldwide market for CBD was expected to grow by a compound annual growth rate of 32% over five years from 2019 to 2024. 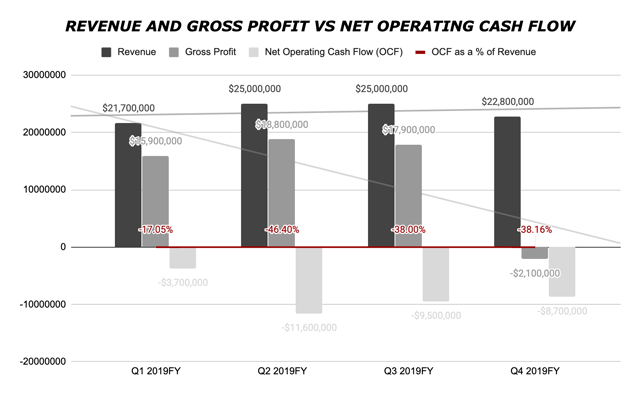 CW has also seen its gross profit decline into negative territory. This dramatic fall to a loss of $2.10 million from a profit of $17.90 million in the preceding quarter. This reality likely represents a new normal for CW as the lack of any substantial long term barriers to entry dampen pricing power. The growth and sale of CBD products, already fast becoming commoditized, now exists within a market characterised by extreme disorder.

This is likely to be complicated further as industry giant Canopy Growth throws its hat into the ring with the launch of First & Free, a hemp-derived CBD product line. On the other hand, Green Growth Brands has thrown in the towel, putting its CBD business into receivership after announcing it would suspend operations. The near term outlook for the CBD market will likely be characterised by this state of flux.

Too Much Competition Too Quickly

For investors and companies alike it was easy to get swept up in the CBD craze. The allure of riches from a comparatively easy to grow plant having its time in the sun was strong. Against this backdrop, the 21st century CBD gold rush morphed into a stampede. With no end in sight, this has been nothing short of a catastrophe for investors.

And no, CBD is not snake oil. Albeit flawed, anecdotal evidence from thousands of users points to a number of benefits stemming from the consumption of CBD. Indeed, the market would not have attracted so many new entrants if CBD was totally devoid of any benefit.

However, no one expected competition to be so virulent. Indeed, Russ Hammer, CW’s CFO describes this “explosion of competitors” on par with the structural regulatory headwinds that currently plague the sector. Thus, while CBD oil is not snake oil, the riches it promised to investors and companies alike very much is.

Disclosure: I/we have no positions in any stocks mentioned, and no plans to initiate any positions within the next 72 hours. I wrote this article myself, and it expresses my own opinions. I am not receiving compensation for it (other than from Seeking Alpha). I have no business relationship with any company whose stock is mentioned in this article.

Editor’s Note: This article discusses one or more securities that do not trade on a major U.S. exchange. Please be aware of the risks associated with these stocks.